Paine Field (PAE), also known as Snohomish County Airport, is a commercial and general aviation airport serving the Seattle metropolitan area in the U.S. state of Washington. It is located in unincorporated Snohomish County, Washington, between the cities of Mukilteo and Everett.

The airport was built in 1936 by the Works Progress Administration and began commercial service in 1939. It was named for Topliff Olin Paine in 1941, shortly before the Army Air Corps began the occupation of Paine Field for military use. The airport briefly returned to civilian use in the late 1940s, before conversion into an air force base during the Korean War. In 1966, the Boeing Company selected Paine Field for the site of its Everett assembly plant as part of the Boeing 747 program. By the 1970s, the airport had grown into a hub for light aviation and manufacturing, lacking commercial service. The county government sought to begin commercial service at Paine Field as early as the 1980s but was halted by opposition from neighboring cities.

Other airports close by 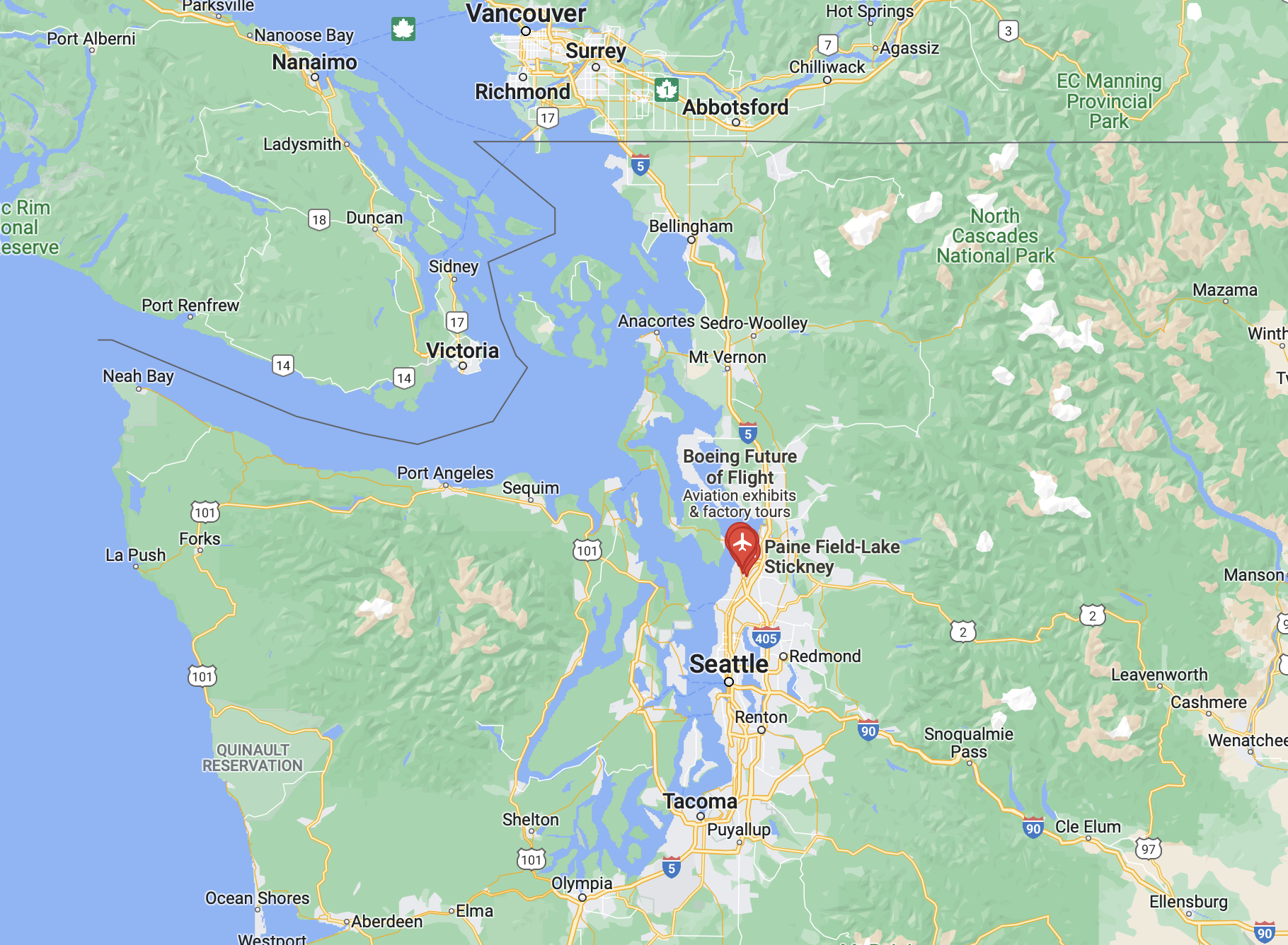